Hand Lettering Without the Hand! Let’s begin with a promise:

Perfect lettering with speed and ease – this is the advantage of a Leroy lettering set. The precision of Leroy lettering lends distinctions to your drawings. The ease with which it can be applied removes a tedious detail from drafting routine.

This guarantee, first made by New York-based drafting supply company Keuffel & Esser in 1918, was quite dramatic, if for no other reason than at that time, and really for most people for a lot of human existence, the chief way to communicate across long distances was the hand-written document.

For thousands of years, scratching marks on a surface was an effort to speak not only across distances, but also across time. Illegibility was, of course, the Lex Luthor of such communication.

That is until the Leroy Lettering System, in its clever, modern way, offered to remove illegibility as a barrier, and in doing so, promised to help to build a better future. It’s worth noting, of course, that the typewriter existed in 1918, but in the early nineteen-teens, it wasn’t yet a common fixture in homes. Handwriting was still the quotidian tool of personal correspondence. 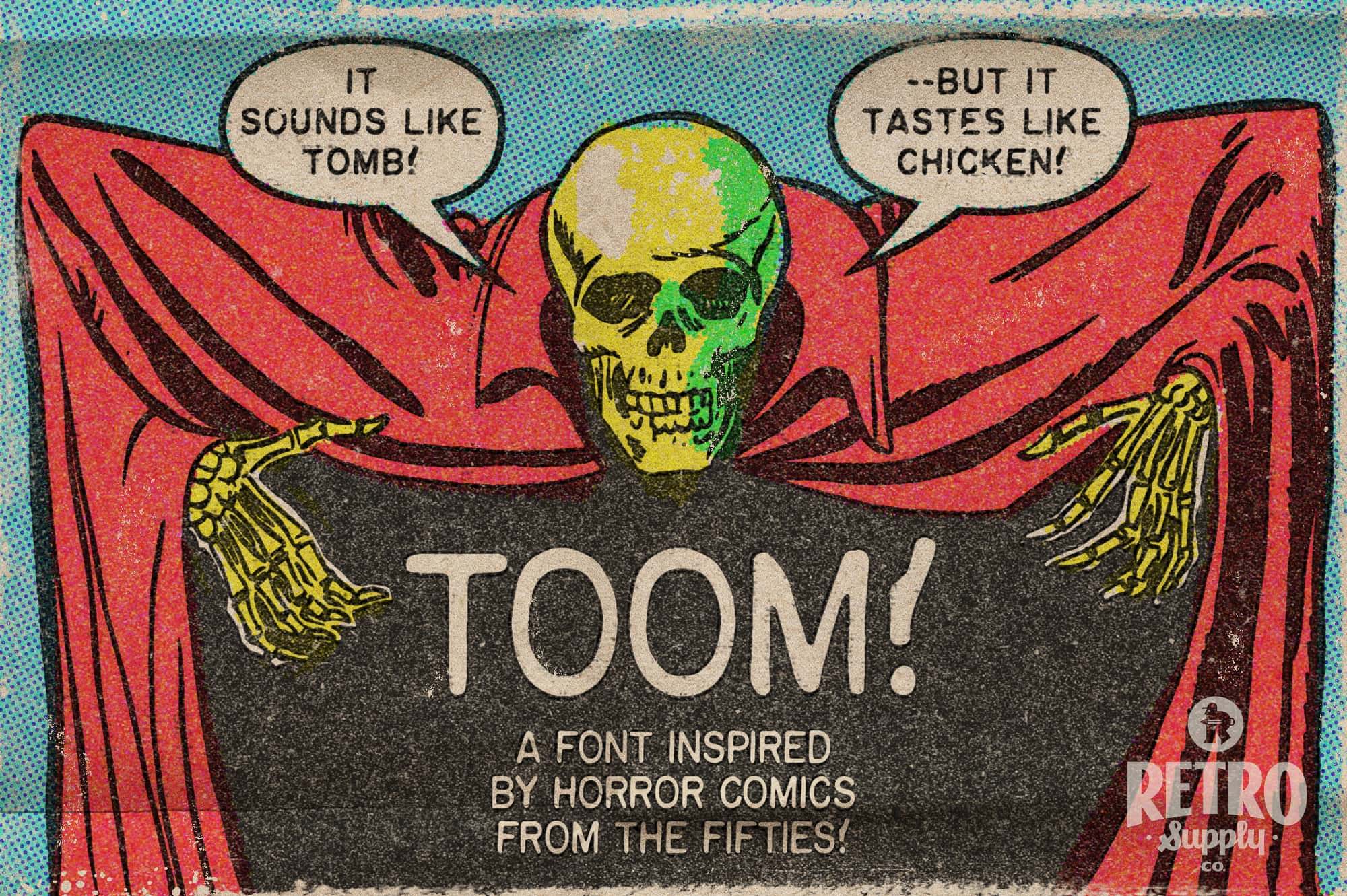 Capture the real feel of vintage comic book lettering with TOOM! Inspired by the Leroy Lettering System, one of the first pieces of machinery for lettering comics. 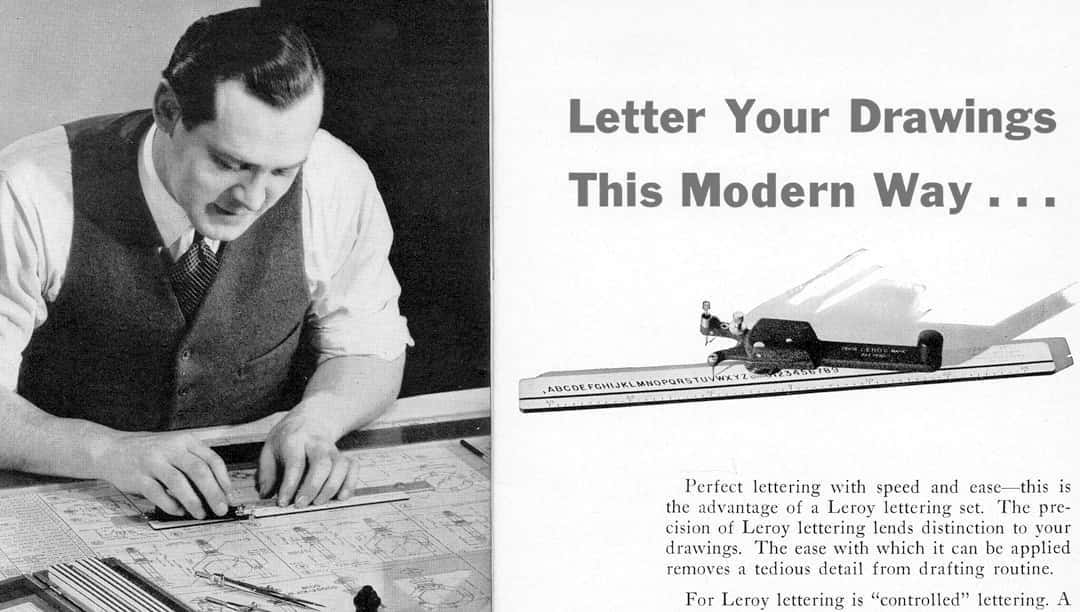 When we think about hand-lettering, we might picture 11th century monks cramped and hunched over huge, candlelit desks, using goose feather quills, scratching away at Illuminated manuscripts. The illuminated aspect of these documents was an aid to preserving literacy during the dark ages. The added value of the illustrations also helped to ensure the preservation of the documents as valuable things, regardless of whether or not their owners could read them. 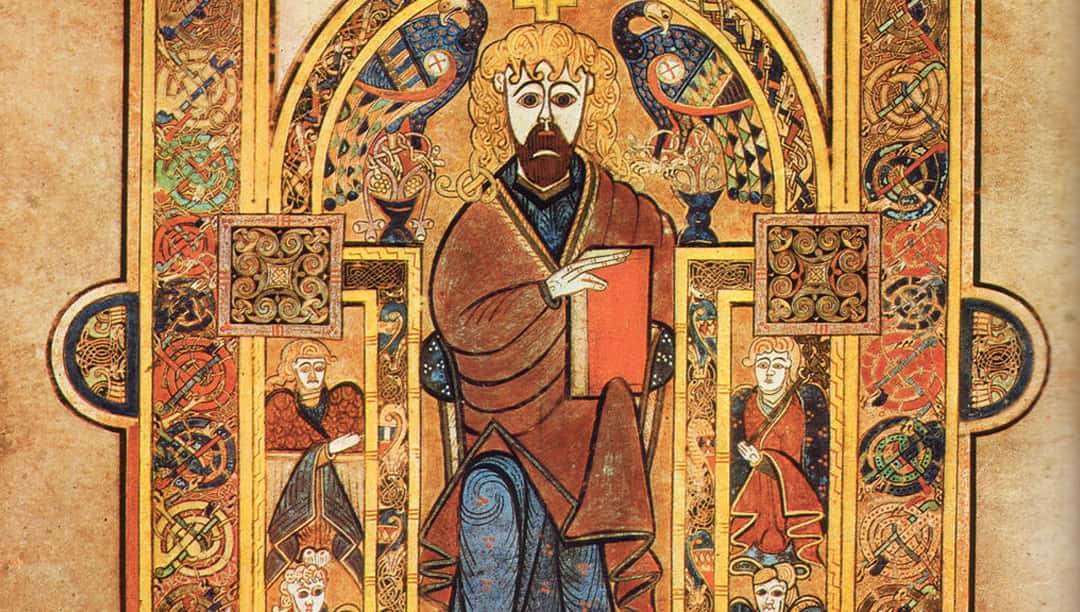 PAGE FROM THE BOOK OF KELLS, AN ILLUMINATED MANUSCRIPT, CIRCA 800 AD

When new technologies emerge, they conflict with the tech that already exists. Moveable type was introduced to Europe in the mid-1400s. It goes without saying that our friends the monks hated moveable type – it was ugly by comparison to their careful, handmade work. They also expected printed works to be filled with errors, which of course they were.

However, while old media always puts up a fight, new technologies inevitably supplant them. The player piano gutted the once supreme sheet music industry; the radio assaulted the Gramophone, and so on. 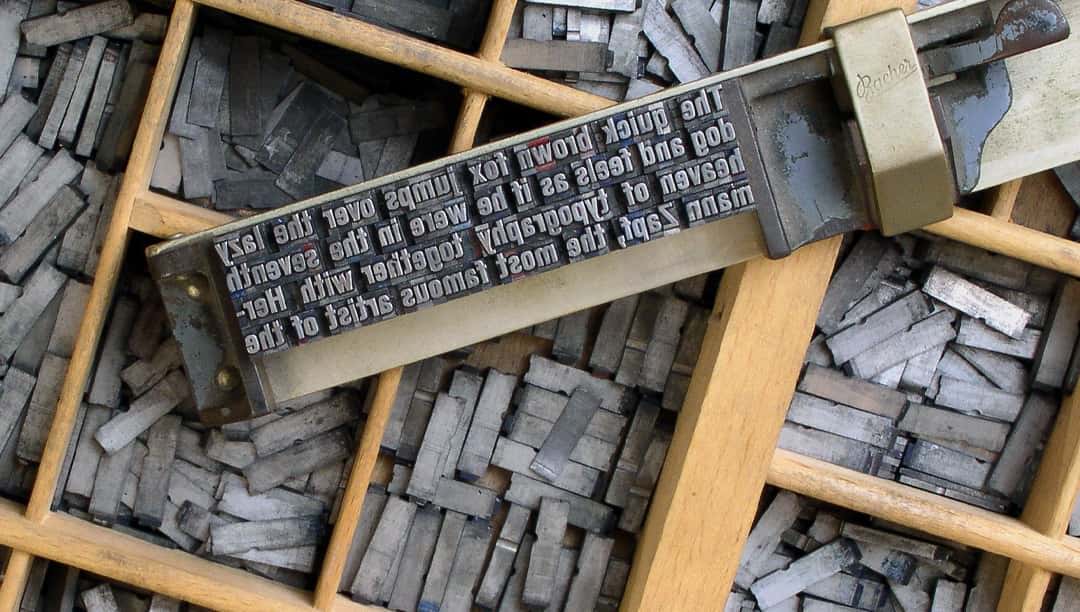 Moveable type became the locus of the distribution of recorded knowledge. The design of new typefaces mimicked the careful hand script of illuminated manuscripts.

Fraktur was one such typeface, commissioned in the 1600s by Maximillian I, the Holy Roman Emperor, specifically for use with a new woodcut by Albrecht Durer.  Fraktur persisted in its use into the 20th century. In fact, it was famously adopted by the Nazis as the official German typeface, until it was deemed “too Jewish” later in the war. Typography has a political dimension. 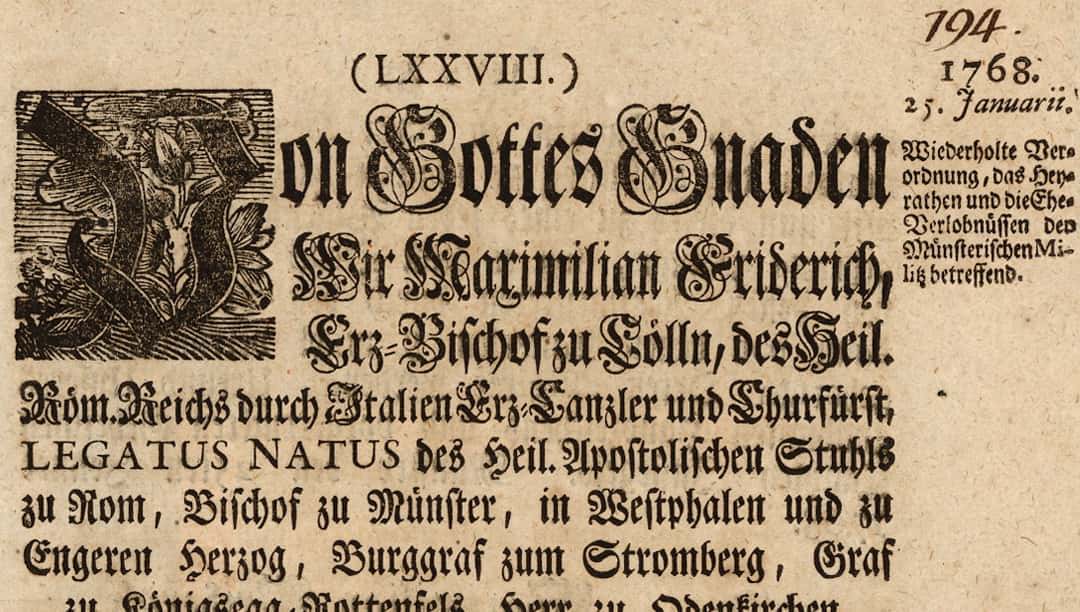 Of course, common people did not communicate using printed pages. They wrote by hand. As literacy rose in the 18th and 19th centuries, penmanship became prized. Both men and women of refinement practiced handwriting as a skill and as a mark of “good breeding.” As education became more widely available, as workers were required to be literate, handwriting education itself became an industry.

The Palmer Method of handwriting, introduced in 1894, was a system of penmanship that could (nearly) match the typewriter for speed, but it also had its dark side as a mechanism of control. It was under the Palmer Method that “deviant” left-handedness was also persecuted on a wide scale. 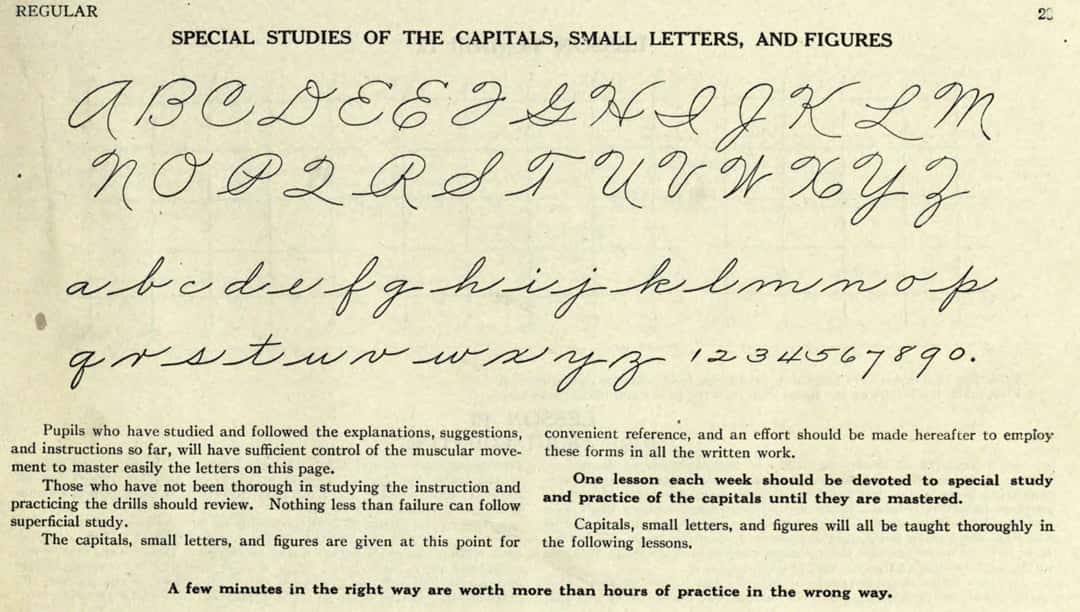 THE PALMER METHOD OF HANDWRITING EDUCATION

The problem of bad handwriting persisted, and neither the Palmer Method nor the Leroy Lettering System did much to stop it.

Into the 21st century bad handwriting is a concern. According to one 2019 New York Post article, as many as seven in ten complain about coworkers’ bad handwriting, while 86 percent of people still rely on their own handwritten notes – which they also have trouble reading. Bad handwriting is more than a nuisance. A 2006 Time Magazine article reported that doctors’ sloppy handwriting killed more than 7,000 people, and injured more than 1.5 million during a single year.

The back and forth between legibility and illegibility, hand vs. machine, played out at the birth of desktop publishing in the early 1990s.

With the development of the programming language PostScript by John Warnock, computer font information could be reliably output to both a screen and printer, putting a new level of control into the hands of designers. Apple computer became THE design tool, and with the invention of the internet, a wave of homemade typefaces became a storm, and the storm is now a choking tidal wave.

Designers were liberated from the tyranny of mechanical paste-up, a messy, very physical affair. David Carson’s experimental typography in the 1990s music magazine, Ray Gun, is an example of how digital tools changed design. 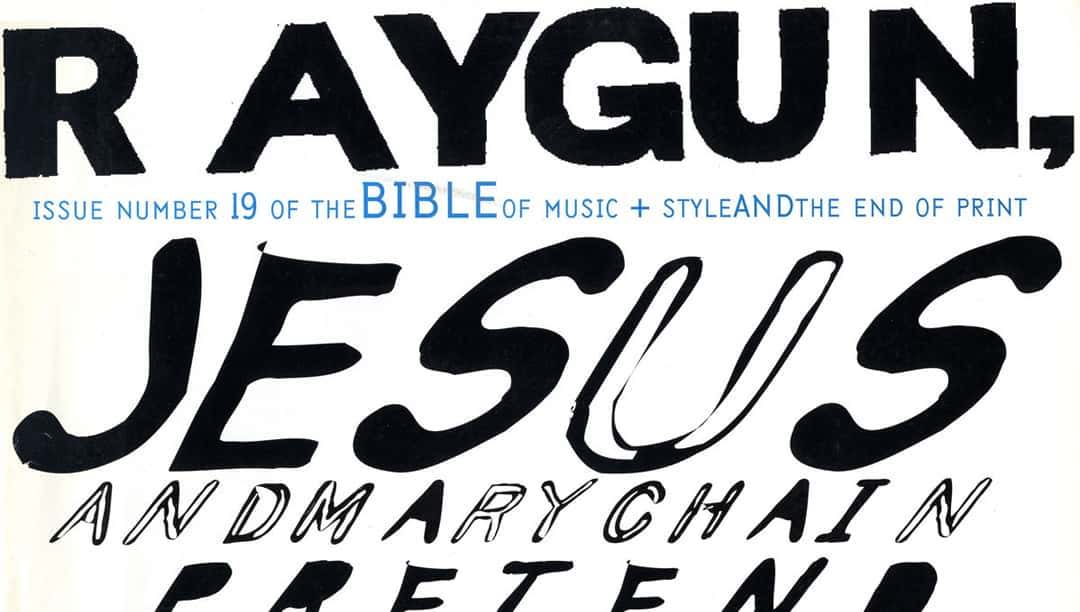 I first got into font-making in the mid 1990s, basing my works on the lettering in old comics, of course. One font I made was based on the display lettering from the cover of Alan Ford, an obscure (to me) late 60s Italian comic drawn by the now (to me) immortal artist Magnus.

However, making a font and seeing it employed by others can be tricky. A selection of fonts I designed ended up in heavy use in FLEX, a muscle and fitness magazine. My opinion of how they were used was so low that the experience drove me away from making fonts for fifteen years.

Since authoring this font, I’ve used it in my new graphic novels and my contributions to comics anthologies such as š! from kuš! komiksi based in Riga, Latvia and Kutlul, based in Berlin and Rotterdam, and in the daily comics that I make and post on Instagram.

Capture the real feel of vintage comic book lettering with TOOM! Inspired by the Leroy Lettering System, one of the first pieces of machinery for lettering comics. 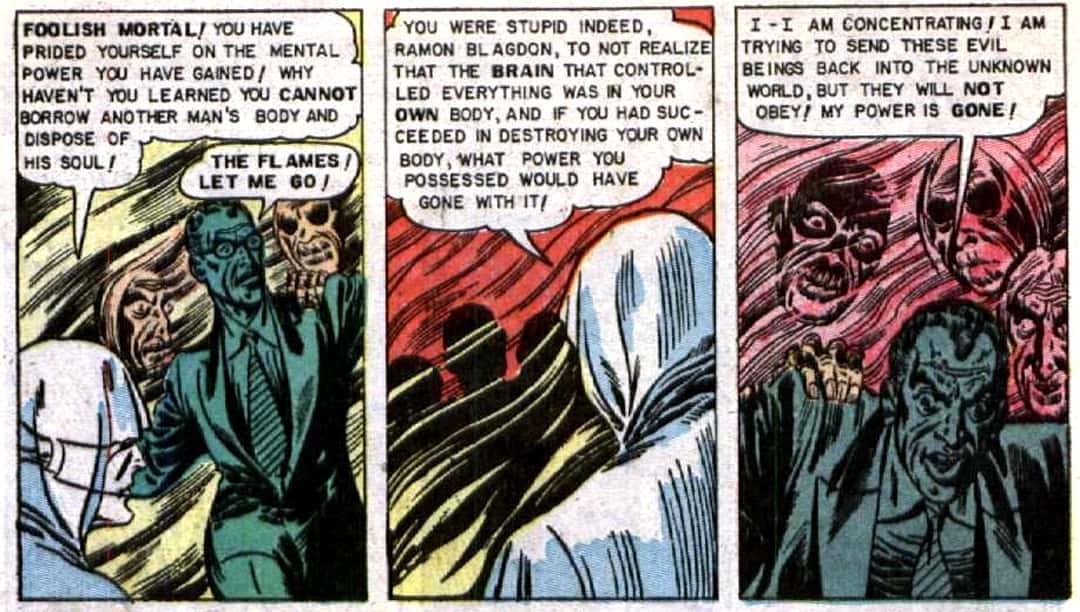 The “hidden in plain sight” dimension of lettering in comics and design has to do with the inherent semiotic quality of letter forms. Without wading too far into the deep end, semiosis is the study of signs and the production of meanings.

In plain English, when making a new work using a font made from a type of lettering that was used in 1950s horror comics, we are purposefully borrowing that meaning, or maybe intentionally channeling some of that spirit into our work.

Unless we’re comic book letterers from the 1950s (which we’re not), then we’re involved in a sort of semiotic role-playing. We’re adopting a guise. And let me be clear, that is not a criticism. The same would be true of any font we use that isn’t our own handwriting. 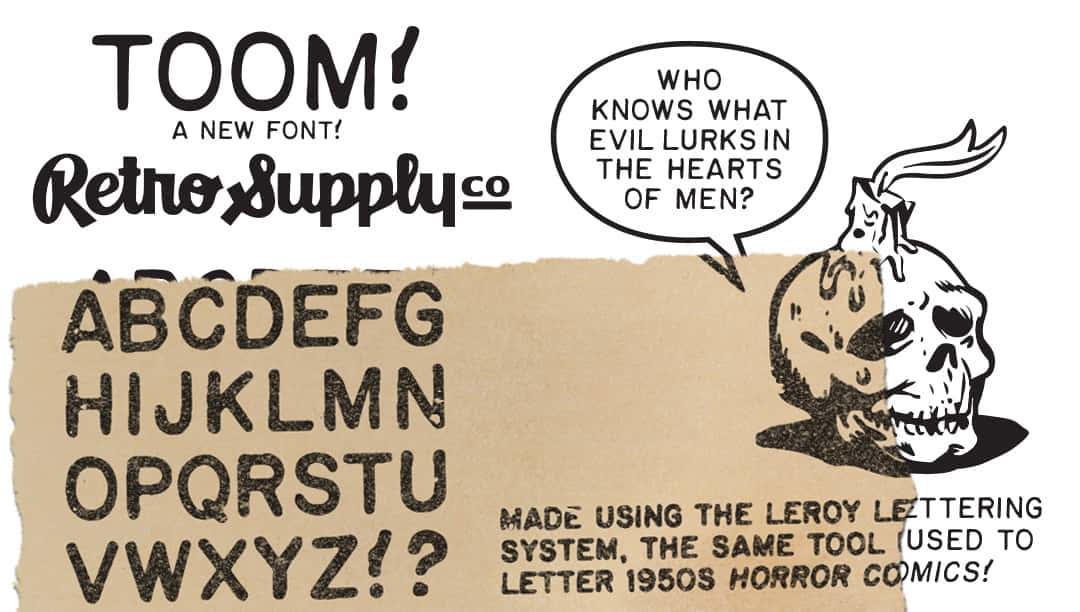 How we select and employ fonts directly impacts the meanings in our works. We’re no longer trapped by our own handwriting. We don’t have to hunch over manuscripts, painstakingly compose arrays of metal letters in dimly lit shops or glue mechanical pasteups. I don’t have to tell you that the promise of Leroy Lettering System was never fulfilled – otherwise you’d already have been aware of it.

However, with the arrival of PostScript fonts, and the pluck and verve of type designers, that promise was ultimately fulfilled. To paraphrase the Leroy Lettering sales brochure: no special skill or training is necessary to operate fonts. 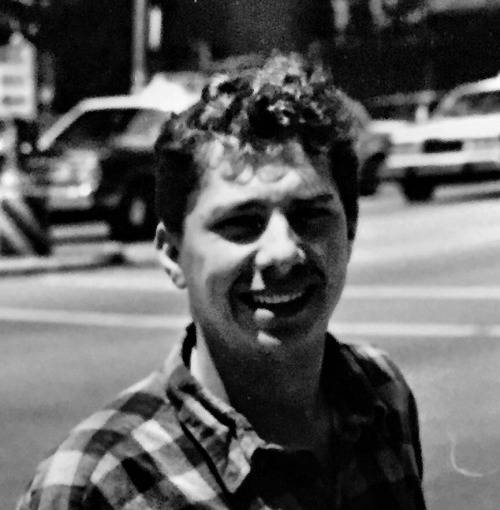 Christopher Sperandio is an artist, writer and university professor. In 2015, he founded the Comic Art Teaching and Study Workshop at Rice University, where he teaches art and comics. Sperandio has two books appearing in May 2021. “Comics Making” is a short treatise on comics education, and “Greenie Josephinie,” the follow-up to his 2020 graphic novel “Pinko Joe.” Follow Sperandio on Instagram, Twitter, or visit his website. 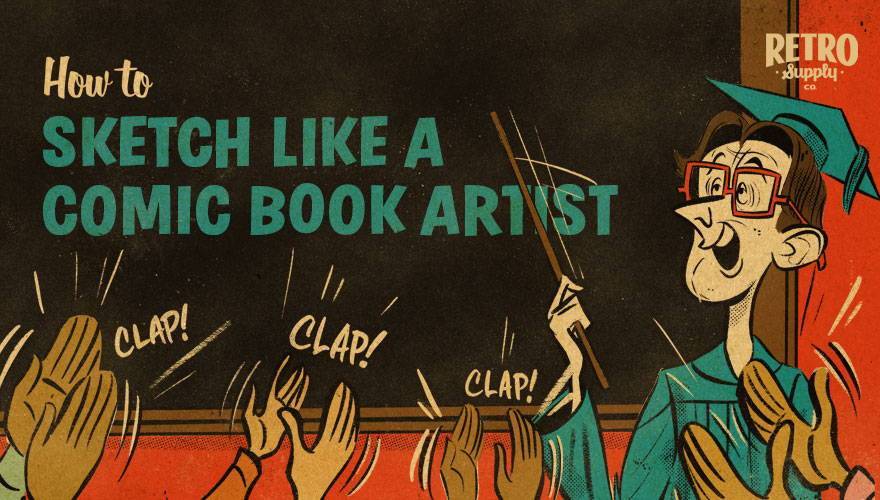 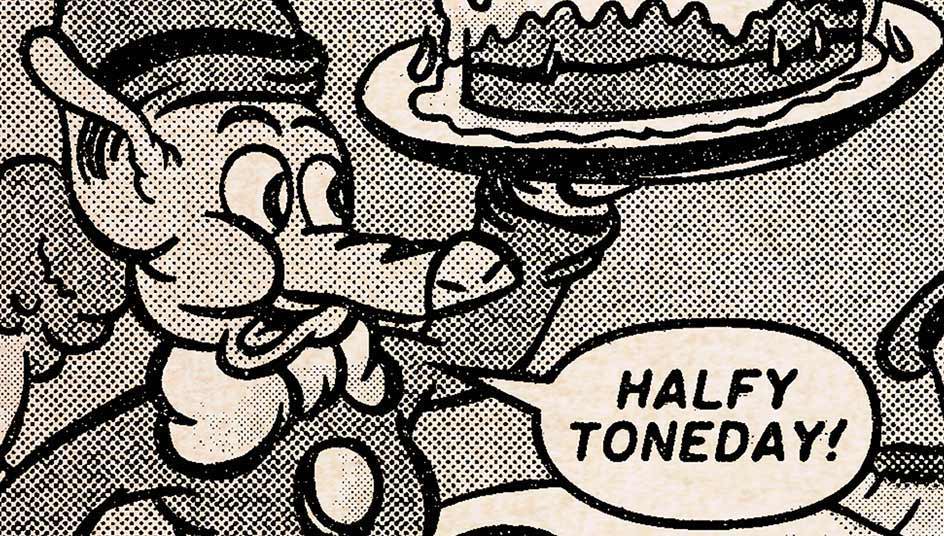 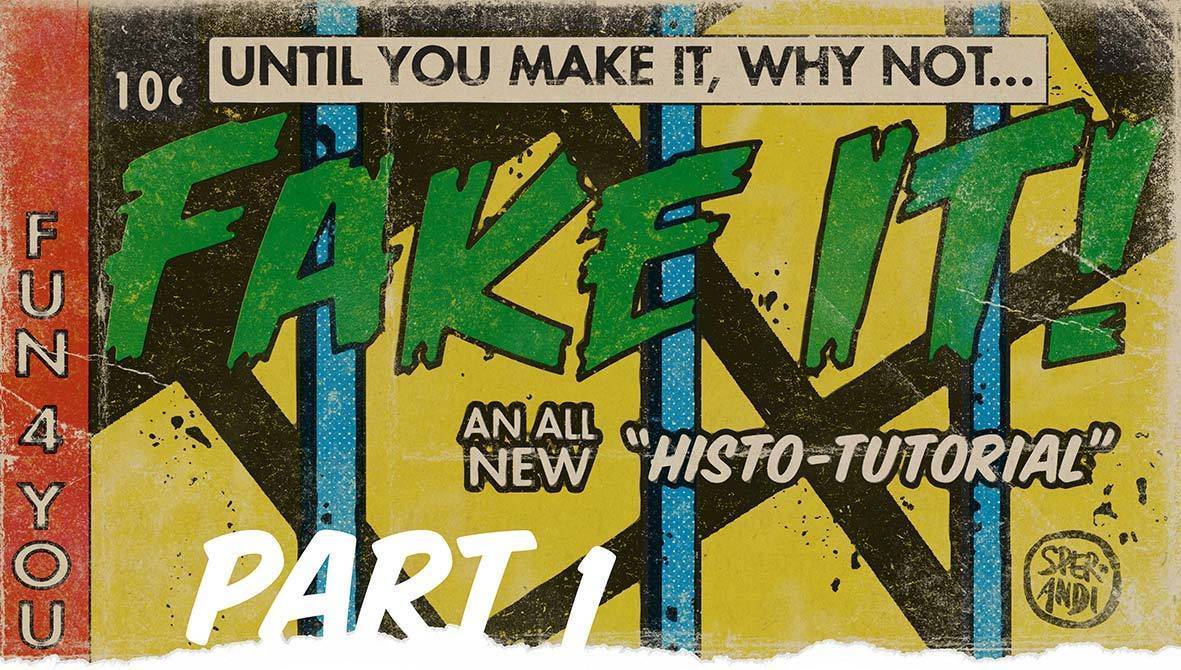 UNTIL YOU MAKE IT, WHY NOT FAKE IT: LINEWORK AND PRINT

Learn the secrets of simulating vintage artwork in this three-part series. These articles are a must-read for digital artists, illustrators, comic book creators, and print designers looking to bring retro touches to their work.