Create a hand-painted effect with the DragStrip brush set

Design and illustration guru Von Glitschka needs little introduction. The creative director of boutique design firm Glitschka Studios – which counts the likes of Nike, Disney and SXSW Interactive among its varied clientele – is a master of vector art and has a global following.

He’s also the creative mastermind behind our popular DragStrip and DragStrip 2 vector brush packs for Adobe Illustrator, as you might already know.

What you probably don’t know, though, is that with these brushes Von created a new style of vector-based illustration, which quickly caught the attention of Adobe and led to a collaboration with the world’s biggest creative software company: Painted Jungle illustration.

If that isn’t a clear indication of the value of experimentation – no matter how established you are as an illustrator or designer – then we don’t know what is!

“Discovery through your own trial and error is always the best way to learn and grow,” agrees Von, adding that experimentation is how the DragStrip brush sets 1 and 2 came about in the first place.

“They were inspired from a project I did last year for the local TEDx event, Fearless. I decided to hand-paint the Fearless logo, and in the process of doing that saw potential for authentic vector-based brushes, so I painted some out and began to experiment with them.” 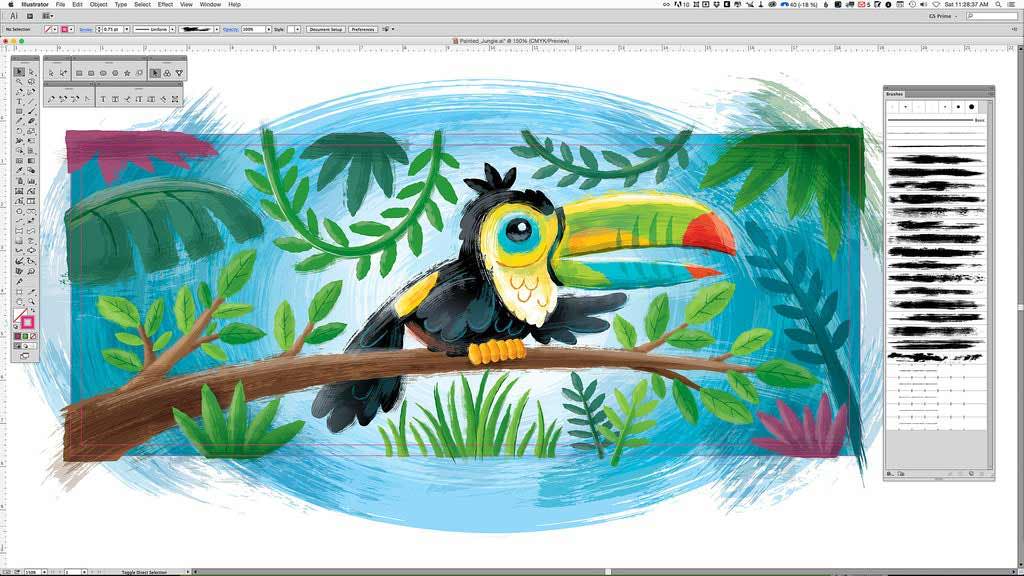 Once created, the DragStrip and DragStrip 2 vector brush packs quickly began to attract attention. “Adobe saw some of the work I was doing,” he continues, “and approached me to create an illustration for Adobe MAX 2015 to help promote a new feature allowing for use of vector brushes in animation. The look and feel are authentic because the vector brushes were derived from real-world hand-painted textures.”

Create a hand-painted feel with the RetroSupply DragStrip brush set

Last week, we kicked off a new series of articles highlighting inspiring illustration and design work being created across the RetroSupply community.

Here, Von goes behind the scenes on his Painted Jungle illustration for Adobe, explaining how he used the Drag Strip 1 brush set to create an authentic hand-painted feel in Illustrator...

First, stroke a vector shape – in this case, I’m drawing a simple wing that will be part of my toucan illustration. The size of the stroke determines the size of the brush applied. 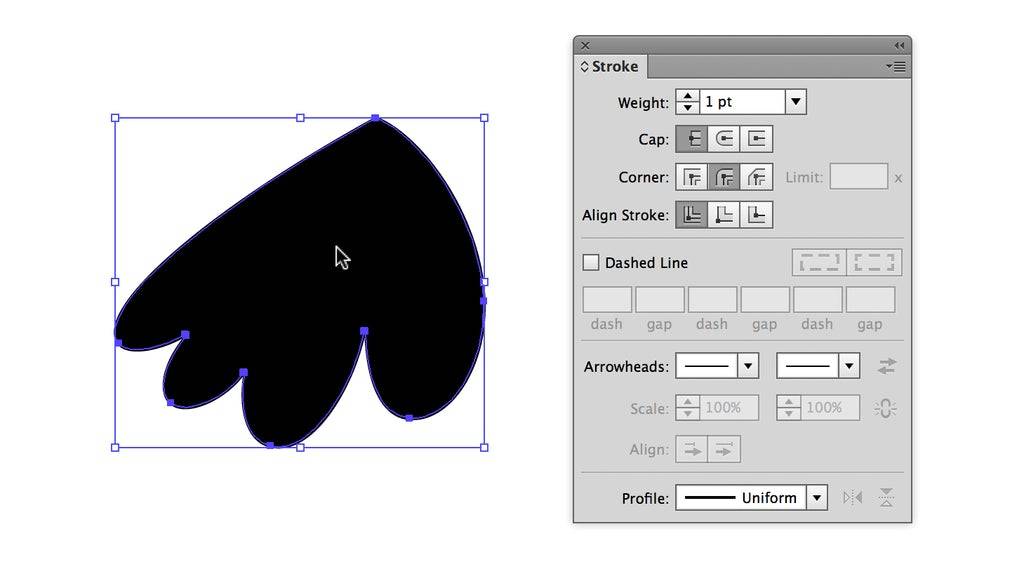 With the shape selected, click on the brush in the Brushes palette to apply. I’m using a simple linework brush for this wing shape. The stroke color determines the brush color. By default, a shape like this is just a path. To utilize the brushes to their full capacity you’ll want to use grouping to achieve certain looks. In this case, I want to run a gradient through this shape and you can’t do that on a brushed stroke without grouping it first. I’ve grouped the shape as shown in the Appearance palette, and have now applied a gradient to the shape, which blends through the brushed stroke areas as well. Working with the DragStrip brushes is all about layering stroke upon stroke to build an authentic look and feel. This faded blue stroke has an art brush applied to it. You can paint brush strokes using the Brush tool, or just build a stroke with the Pen tool and apply them. I use both methods. Step 07: Create a sense of movement

The last bit of brush work I do is to use line brush tools to reinforce the contours, or create an additional sense of motion. Here you can see the final brushwork in the context of the illustration. Von’s biggest challenge during the project? “Since it was my first client project using this style, I was just concerned about pulling it off so it looked good,” he laughs. “It’s a forgiving style though.”

“When in doubt try a different brush until it feels right,” he advises. “Experiment. And remember, regardless of digital work flows, drawing is still the best skill set to have as a creative.”

Experiment with the DragStrip brushes Von Glitschka’s DragStrip Illustrator brush set contains 26 Illustrator brushes created using a Hake brush and black acrylics, plus a DragStrip Quick Reference Guide, painterly and splatter texture overlays, and reference artwork from Von to help you get the most from the brushes.

Or check out the Everything Glitschka vector brush collection – 68 vector brushes, four in-depth tutorials, video training and a host of bonus items.

Have you used our DragStrip brushes? Let us know in the comments below, or tweet us a link to your work – we love to see what you're doing.

Hey Todd and Dameon! Thank you so much for the awesome feedback. It’s been about a year since we’ve released this pack and it’s been really cool seeing the awesome work people have created with these brushes!

Can’t say enough about Von’s brushes. I sketched a cartoon lion and used these brushes to turn my regular vector animal into an “acrylic” painted masterpiece (Well, to me at least). It takes alot of experimenting, but once you get it going, it really becomes fun. I love that it gives me one more element to use while staying firmly in my beloved Adobe Illustrator. Thanks Von, Dustin and Co.!

7 Procreate Tips & Tricks You May Not Know About